Skip to content
Home/blog/Corvette, Colorado, Camaro are American-Made
Previous Next

The three C’s: Chevrolet served up a triple helping of top American-made cars and trucks this past year, according to a new Cars.com study.

With buying America-made being more important than ever, finding out which vehicles are genuinely patriotic is an important factor for buyers. Thankfully, Cars.com makes that effort a little easier by releasing a yearly list of the most domestically-dedicated automobiles on the market.

This year’s American-Made Index recently released and handed several spots to Chevrolet. Two of the top ten positions this year were awarded to Chevy, with one vehicle moving up several slots from past placement.

Rather than simply publishing the their usual top ten list, Cars.com opted to increase the number to 15 this year; the additional slots allowed Chevy to net one more top placement, taking their total for 2019 to three winners. 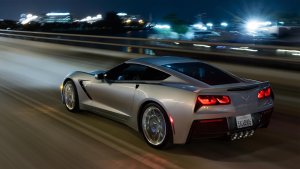 The first Chevy vehicle on the list was the 2019 Chevrolet Corvette. The sports car took home fifth place. The Corvette is assembled at the automaker’s plant in Bowling Green, Kentucky.

The Chevy Corvette has placed on the list before, coming in at 10th place last year. Incorporating more domestic content allowed the sports car to climb five places this year.

Cars.com currently rates the 2019 Chevrolet Corvette at 4.8 out of 5 stars, with 32 customer reviews. The sports car is ranked as Cars.com’s “#3 Most Popular Convertible” and “#4 Most Popular Coupe.” Review highlights for the 2019 Chevrolet Corvette include “knockout styling,” “fierce acceleration” as well as “beautifully balanced ride and handling.”

The second Chevy vehicle on the list was the 2019 Chevrolet Colorado.The mid-size truck took home eighth place. The Colorado is assembled at the automaker’s plant in Wentzville, Missouri.

The Colorado is a newcomer to the top rankings, thanks to a major increase in American-made parts and pieces. 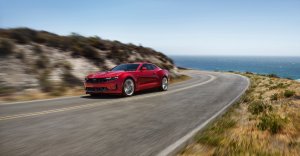 2020 Chevy Camaro by the beach

The third Chevy vehicle on the list was the 2019 Chevrolet Camaro. The sports car took home 11th place. The Camaro is assembled at the automaker’s plant in Lansing, Michigan.

Cars.com has ran their America-Made Index competition for many years, with the last revamp taking place in 2017. The automobile website took a look at 118 vehicles with ongoing production in the 2019 model year. A total of fourteen automakers are analyzed in the Cars.com study.

The American-Made Index does make some exceptions. Vehicles with less than 2,500 sales in the prior year are left off the list. Automobiles assembled exclusively overseas are not even considered for the running. Fleet vehicles unavailable to consumers aren’t considered noteworthy enough to make the list. Heavy-duty vehicles are notably missing from the Index;  automobiles with a gross vehicle weight rating of 8,500 pounds or more are not regulated by the American Automobile Labeling Act, making it too difficult to determine the origin point for parts.

To determine how American-made a vehicle is, Cars.com looks at five key factors for each model.

The first and perhaps most important factor is where the vehicle is finally assembled. After all, It is hard to call something “American-made” if all the parts are put together in Japan.

Of course, where the parts come from is important as well. An SUV made of parts shipped over from China and put together in Kansas isn’t very America-made, either. Cars.com uses dated provided by the American Automobile Labeling Act to determine origin.

The third and fourth components to being named American-made is the origin of the engine and transmission. A nice coat of paint from Pennsylvania and wheels from Wisconsin don’t mean much when the automobile is a foreigner at heart.

Finally, the fifth factor is factory-level American employment numbers. Being put together by Americans is just as important as being made of parts from America, and the more Americans put to work to create these vehicles the better.

Want to get behind the wheel of one of the most American-made vehicles around? Check out a 2019 Chevrolet Corvette, Colorado or Camaro today at Simi Valley Chevrolet!

About the Author: Matthew Holandez